Magic Being Magic in Pix & Video (below). 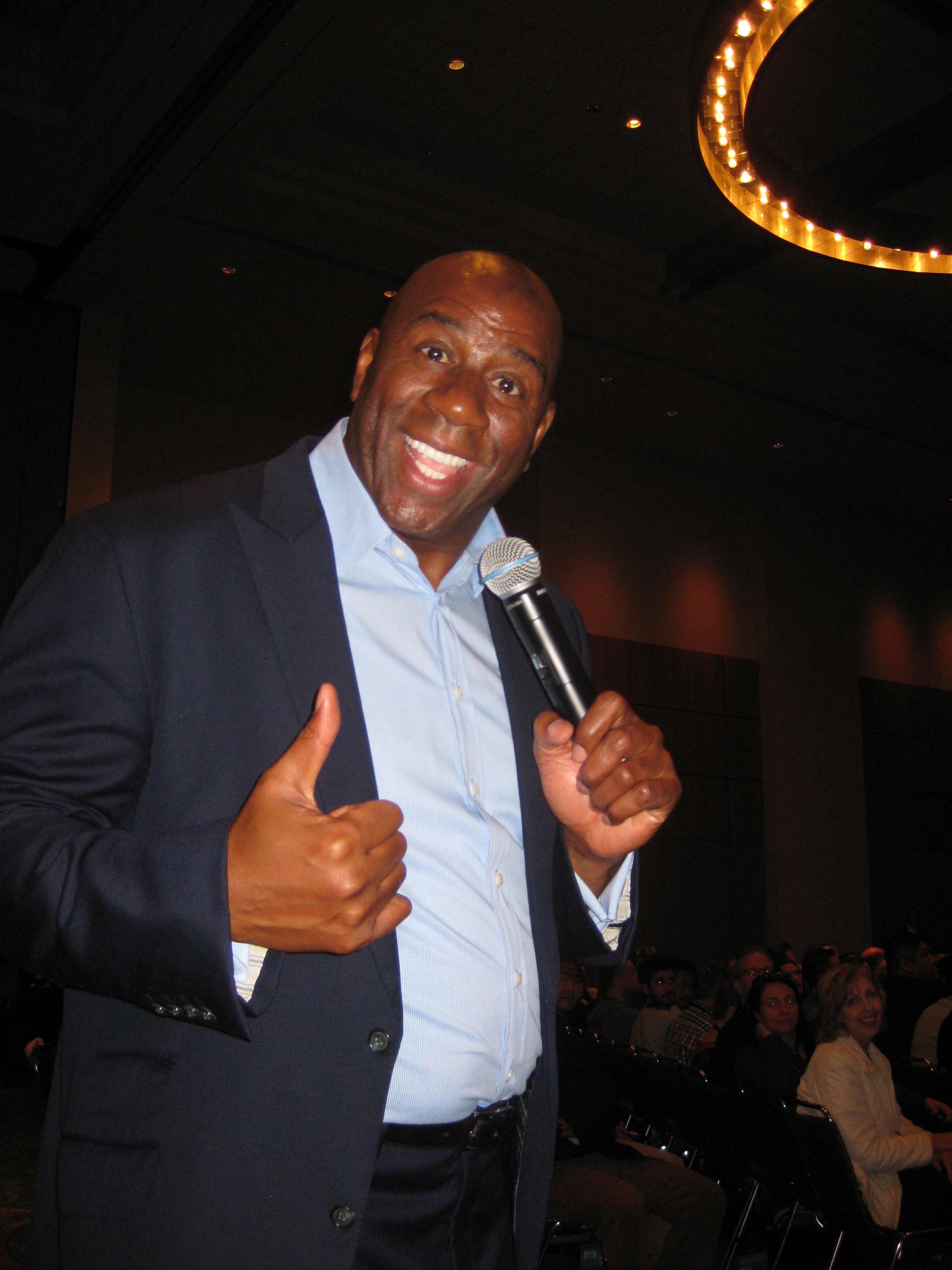 I was excited to see Friday’s keynote speaker at the 2013 Athletic Business conference, in San Diego.  The speaker was none other than Magic Johnson: Hall of Fame basketball player; successful businessman; HIV survivor (thus far).  When  he walked on the stage to a rousing standing ovation, you couldn’t help to feel like you knew him personally–after all, he’s been in our “living room” countless times over the past 30+ years.  In reality, we only know a small fraction about Magic–where he came from, and who he is.  On Friday, he filled in a lot of blanks, as he told “The Story of Magic,” a thoroughly entertaining and fascinating tale he “wove” with his words and (literally his) actions.  Part of the charm of Magic is how he works the crowd, strolling to every part of the room engaging unsuspecting audience members as he goes, and mugging for pictures and videos at every turn!

I was lucky enough to have an up close and personal moment with Magic as he walked through my section.  Poised and ready with my camera as he drew near–hoping that I could click one off as he went by.  Wasn’t I surprised and thrilled when he saw me in the ready position and stopped right in from of me and “hit a pose.”  One second, one shot, and I scored!! All I could say when he moved on was, “Thank you, Magic!”  A quick peak at the image revealed that I didn’t choke–I hit the photo equivalent of a buzzer beater!  The proof is in the posting–see above!  I quickly showed the image to the people sitting in my area.  Within seconds I had business cards being thrust my way so I could send my section-mates copies of the picture.

Not only did I capture a Magic still image, I was also able to record some of Magic’s words on video.  In the following video, that I posted on YouTube, you’ll hear Magic’s thoughts on: Motivation, work ethic, and the biggest challenge of his life–HIV .  The video concludes with a few seconds of Magic being Magic with his adoring fans, immediately after his talk.

Kudos to Athletic Business for their choice of keynote speakers.  Already looking forward to ABC 2014, in Orlando.

Next post: Biggest Loser “Winners” Work Out on NuStep